Streaming is the method of delivering the video or audio contents over the internet. Live streaming of aerial videos is one of the hottest trends in sports, events, content creation and music industry. It is due to the increasing popularity of drones and advances in drone and drone filming technologies. There is a huge demand for aerial videos, and filmmaking and short-film industries, are thriving on the advances in consumer drone technology.

However, how can we make videos and how to stream them and most importantly, how to make money out of them. In this article, I discuss some of these issues and explain how to setup a video streaming system, and how to earn money from our video contents. What equipment should you use, what software are available and pros and cons of various platforms and services available to us for video streaming and marketing?

The demand for aerial videos:

Aerial videos are in huge demand in almost every sector of life. People love to see the aerial views of sports and events from some unusual angles. Before consumer drones, it was extremely expensive to make such videos. However, now it is dirt cheap to get some amazing aerial views. Also, agricultural imaging and industrial inspection of large structures are some other areas where aerial videos are being used.

The application for Live Streaming of aerial videos:

The drone owners can use their FPV (first person view) and VR (Virtual Reality) types of headsets to see some amazing outdoors when flying their drones. Now imagine that with live streaming of those videos, thousands of other people can experience the same effects from the comfort of their home. It is the experience people want to have. You can fly your drone and share the view with thousand others.

Another wide scope application is the streaming of industrial inspection videos to the control rooms and boardrooms of plants and companies. It is usually carried out by small drone companies offering these services. This area of video streaming has an enormous potential, and in future, we can expect a tremendous growth in this sector.

Other applications include political and religious event streaming to show the aerial view of the gatherings. Also, news channels are using live streamings for important events. Similarly, people want to stream the videos of their weddings to someone not attending and so on.

You can use a helicopter for aerial photography, but we are talking about a cheaper version, so here we only discuss drones. Live streaming from drones is still a novel technology. Some of the considerations for aerial live streaming are following:

2. The drone camera: Some cameras output the videos in a generic way, but you need a drone with a camera which gives a clean HDMI output to be able to use live streaming services. If your camera does not provide a clean HDMI output, you would have to find a suitable adapter.

3. Then you need an encoder which takes HDMI and transmits it on the internet.

4. There are two main protocols used by streaming services. RTMP (Real-Time Messaging Protocol) and RTSP (Real-Time Streaming Protocol). Have a look at the appropriate one for your service because your choice of the encoder depends on it. There is also HTTP Live Streaming (HLS) where you divide the video file into small segments and deliver it to a player via HTTP protocol.

5. The broadcast standard (ATSC, NTSC, PAL, or SECAM) is another consideration while streaming drone videos on any of the services. You would need to stick with the specifications the service demand. Just look at the technical specification section on their website.

6. Another consideration is the ability to transcode (in other broadcasting standards) and the latency of the platform (the delay in transmission) you are using.

7. The internet speed should be reasonable to be able to live stream the video.

8. Some companies are making standalone solutions for drones which could be expensive, but if you are providing commercial services, then you might consider these solutions. One of the companies is Amimon. The company provides various products for enthusiasts and professional drone users. Two of their popular products are Connex and Connex Mini. However, their drone Flying Eye could be a quite expensive thing to buy! Another company is Newtek, and ustream recommends some of their devices.

9. Also, if you want to use high-end camera rigs or high-quality professional VR cameras and streaming cloud, then you might consider any products from companies like 360designs and wowza.

10. Some live streaming service providers have their own video streaming equipment which you can use if you plan to adhere to that particular company for your drone videos. It might save you some money when compared to products from Amimon. For example, livestream has Livestream Broadcaster Pro which is a device while ustream recommends some encoders as Ustream Certified Encoders and offers software called Ustream Producer and Ustream Pro.

11. It is good to test your stream on multiple devices before you start streaming.

12. You get a link for your live video broadcast from your service provider. You can send this link to anyone to see the broadcast. You can follow instructions from the platform of your choice.

How to make money from your videos (during live streaming and afterwards):

Making videos cost money and it would be a good idea to monetize your live streaming, and then the videos and get some cash.

First, we talk about live streaming, and if you are using YouTube live, then you can make some instant cash during your live stream! There is a feature called super chat which is recently introduced by YouTube. You can activate this feature, and your fans would be able to chat with you during the streaming. Their chat would be highlighted during the video stream. This way you would be able to see their chat and their chance of getting a reply would likely to increase. However, to be able to send this kind of chat message, they would have to pay. You then get your share from YouTube. It is probably the easiest way to monetize your live streaming. Super chat is, however, available to people having a certain number of subscribers and in few countries only.

Prime video contents are not those which are of high quality but also if you are presenting them to the right audience. If you have created such high-quality videos, then you have many options to make money out of them. There is a big market for videos on demand. Traditionally, it was a challenge to distribute your film. You would have to go through the distribution channels. Now some companies still follow the same practice, but on some platforms, you can reach directly. There are three types of market places where you can sell your videos. Firest type are transactional platforms, where people pay a small money to see the video, the second category is subscription platforms (iTunes) where they pay a monthly or annual subscription to get access to videos and the third are based on advertisement (You Tube, Hulu, DailyMotion) where you get paid based on the ads played on your videos. A brief introduction to these market places is below:

If your video is of very high quality and you have done a good amount of publicity and have got thousands of social following, then you might be able to sell that video to Netflix and get a good load of money. However, to get a deal done, you need to find a distributor or go to film festivals and grab some attention from Netflix.

Prime video is another alternative for you to sell your prime contents. For this, you do not require any distributor. You can directly upload your videos using Amazon Video Direct.

iTunes require you to pass their quality control before the acceptance of your movie. But even before reaching iTunes, you normally have to use an agregator which will take a fee and put your video in the proper format for iTunes. Then you must go to one of Apple approved encoding houses, who will then encode your videos properly according to their requirement. You can avoid agregator, but you can't avoid encoding houses. So there are a lot of steps involved, and finally, iTunes also check for quality.

This platform is based on the advertisement. You pay a fee to a distributor, get your movie on the platform, get traffic to your movie, the ads will run, and you will get a commission.

As you probably familiar with how You Tube works. It is very easy to sign up for your You Tube channel and start uploading your films. Based on the advertisement, you can make money from your videos.

This is a place where you can find some resources for non-fiction filmmaking. On their website, you can also find organisations which offer funding to individual artists and film makers companies. Every year they ask for submissions, and if your film is approved, then it will be broadcasted on PBS television.

Here you can start selling your videos after paying a monthly fee of AUD19.

You can use this platform in a similar way to You Tube. Also, if you have a website, you can run Daily Motion videos on your site and get a commission for advertisement on those videos. But this needs approval from DailyMotion. If your site has some traffic, you will get this authorization and start making revenue. 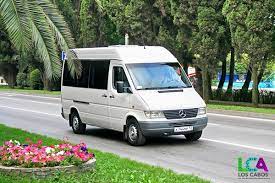 - Cabo San Lucas is a major city arranged at the Baja Peninsula in Mexico. It is as of now known to be the second swiftest developing city in the